Sports Day for All : Record

I was overwhelmed with excitement by the announcement from Ms Lisa HOFFMAN, Guinness World Records Adjudicator that a new Guinness World Record (GWR) of “The Longest Handshake Chain” was created by 3,434 participants in the afternoon of 2nd November, 2013 at Tseung Kwan O Sports Ground, Hong Kong.

Now available from our Photo Gallery for District PR Workshop

Yen, Asian superstar who gained world fame with Ip Man, Wu Xia and many other classics, will help Rotary achieve its goal of a polio-free world by raising his thumb and forefinger in the “this close” gesture in the ad with the tagline “we’re this close to ending polio.”

“I decided to become a Rotary ambassador for polio eradication because polio kills or paralyzes young children and Rotary is committed to ending this terrible disease worldwide,” Yen said. “

I also learned that the world has never been so close to eradication of polio since the mid 80’s thanks to the vigorous efforts of Rotary International and its partners.”

Now available from our Photo Gallery for DG visit to Area 6 joint Meeting.

Regards with Many Thanks

RI Convention has got off to a great start. District 3450 is there in numbers. 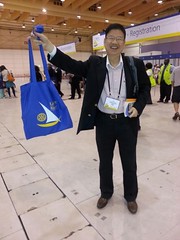 Now available for the quick link of the TV program of the Peace Delegates’ Documentary as below.